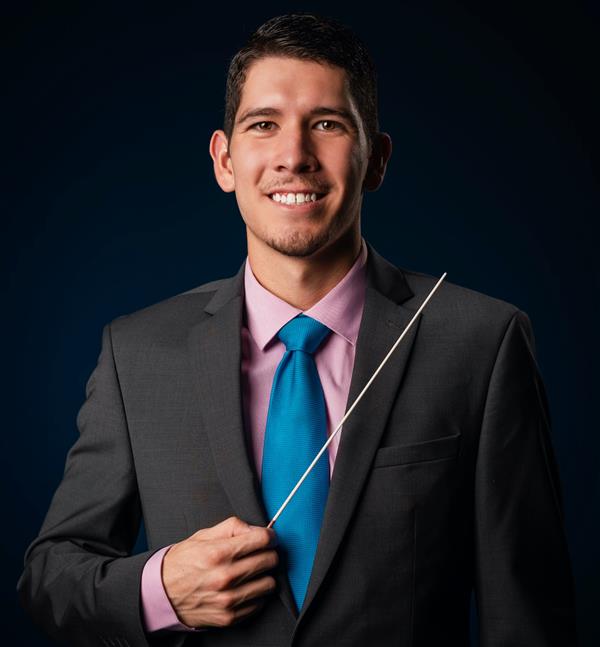 Originally from El Paso, Texas, Omar A. Cordova earned both his M.M. in Conducting and his B.M. in Music Education at UTEP.
During his time at UTEP, Mr. Cordova performed with numerous ensembles, assisted with the Marching Miners and the UTEP Pep Band, and conducted the Concert Band. Outside of UTEP, he performed with the Paso Del Norte Big Band, the Gilbert & Sullivan Company of El Paso Summer Orchestra, the offstage trumpet section for the El Paso Winds, and local church groups. He also worked with several high school marching bands in the El Paso region.
Mr. Cordova marched with The Academy Drum and Bugle Corps from 2013 to 2015. During his time with The Academy, he performed in many locations around the United States, including the Super Bowl XLIX in Glendale, AZ. In his third and final year, he served as the trumpet section leader and was awarded the Most Outstanding Brass Member Award.